In an era where yacht builders are calling their yacht explorers we like to give you a short insight on Fram, an exploration vessel worthy of that title. Fram is a ship that was used in expeditions of the Arctic and Antarctic regions by the Norwegian explorers Fridtjof Nansen, Otto Sverdrup, Oscar Wisting, and Roald Amundsen between 1893 and 1912. It was designed and built by the Scottish-Norwegian shipwright Colin Archer for Fridtjof Nansen’s 1893 Arctic expedition in which the plan was to freeze Fram into the Arctic ice sheet and float with it over the North Pole. After it became clear that Fram could not reach the pole Nansen went forth on foot and reached 86° 14′ N. 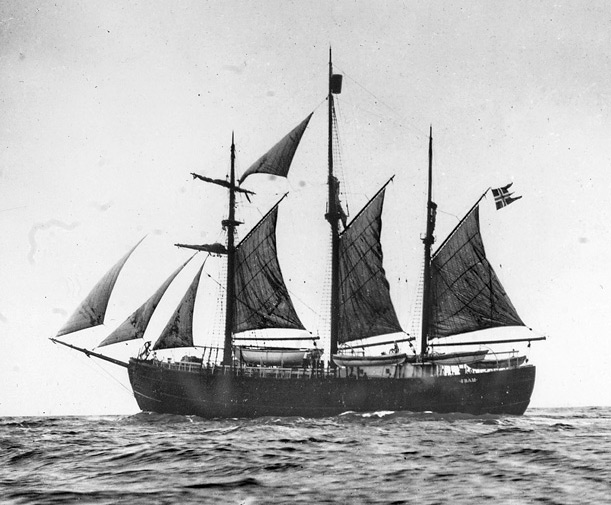 Fram was used by Roald Amundsen in his southern polar expedition from 1910 to 1912, the first to reach the South Pole, during which Fram reached 78° 41′ S.

Roald Amundsen and four others arrived at the pole on 14 December 1911, five weeks ahead of a British party led by Robert Falcon Scott as part of the Terra Nova Expedition. Amundsen and his team returned safely to their base, and later learned that Scott and his four companions had died on their return journey. The Fram is now moored and exhibited in the Fram Museum at Bygdøynes, Oslo where it can be visited.